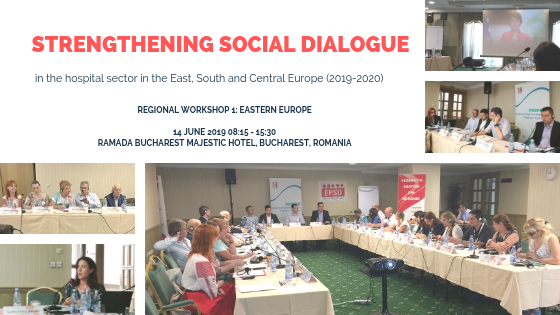 On 14 June 2019 HOSPEEM, EPSU and one of the national project partners, Sanitas (EPSU affiliate, Romania), organised the First Regional Workshop in Bucharest, Romania.

The meeting was the occasion to discuss the capacity building needs of sectoral social partners in the hospital sector in four Eastern Europe targeted countries: Bulgaria, Hungary, Poland and Romania, as well the level of involvement of the sectoral social dialogue partners in the health/hospital sector in those four countries in the European Semester. 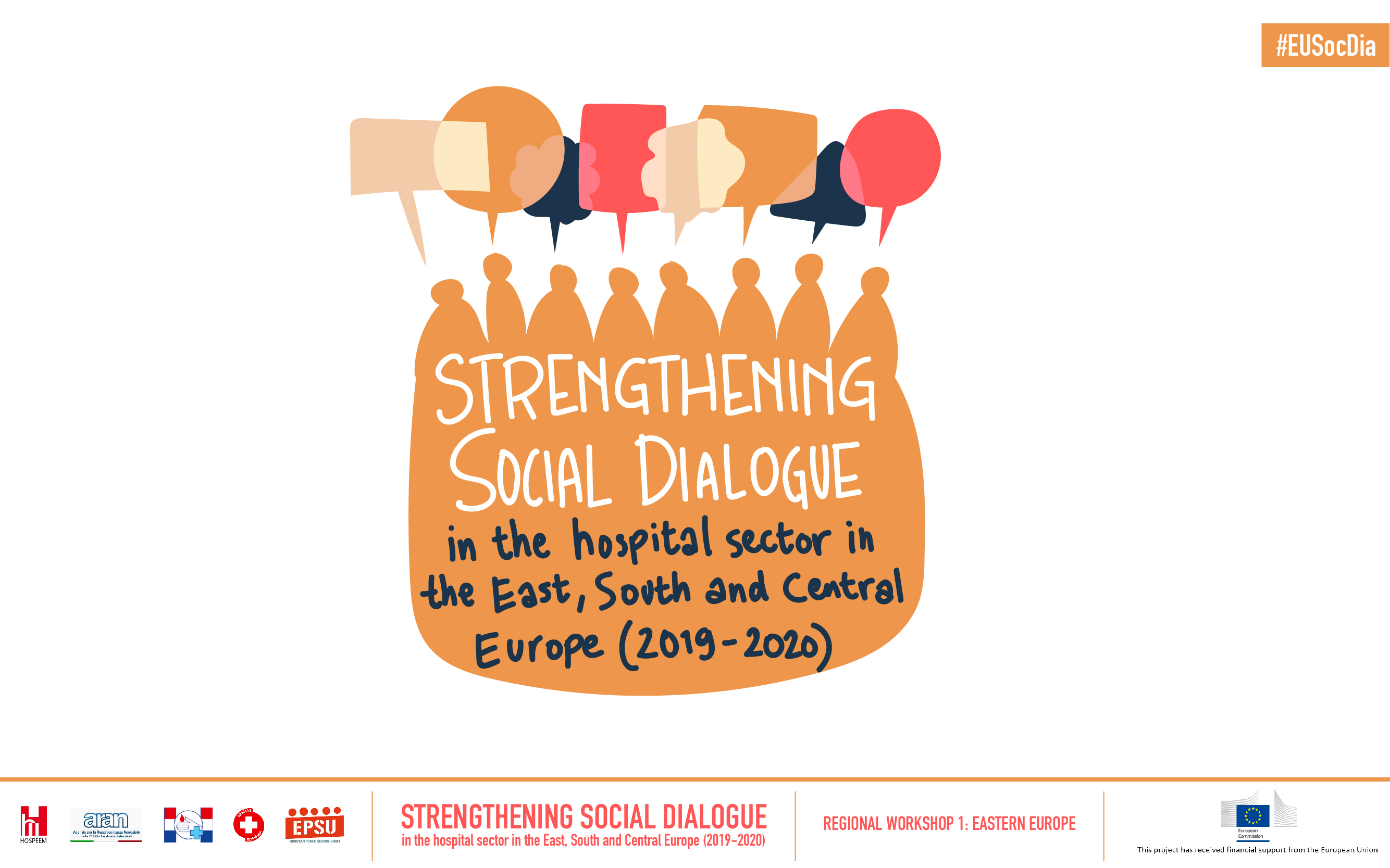 The workshop allowed for an in-depth discussion on the current functioning of the social dialogue structures and institutions at national, regional and local level and helped in identifying common challenges faced by social partners in their participation in and use of EU-level social dialogue as well as in the European Semester process in the four countries respectively. A case study on Sweden was presented as a good practice example.

The project partners were delighted to welcome Mr. Madalin Alexandru, Romanian Ministry of Labour and Social Justice and Mr. Andrei Dorobantu, Romanian Ministry of Health, who gave a comprehensive overview of the current status of collective bargaining and their exchanges with the social partners in Romania which was complemented by the experiences and assessment of Romanian trade union colleagues present.

European Commissioner for Employment and Social Affairs, Marianne Thyssen, had sent a video message to participants, stressing how the existence of strong sectoral social partners is a prerequisite for the success of the functioning of or the relaunch of the Social Dialogue, in particular in the context on the implementation of the European Pillar of Social Rights. She also highlighted the importance of creating an enabling environment – and the role and actions by the European Commission in this regard – which allows for an efficient and well-functioning social dialogue at different levels.

The event gathered around 30 participants, EPSU and HOSPEEM members as well as representatives from trade unions and employers from the four targeted countries and from beyond as well as academia. HOSPEEM and EPSU would like to thank Sanitas for organising and hosting the workshop.

HOSPEEM has published an event page for this workshop.

EPSU has also published an article on this topic.